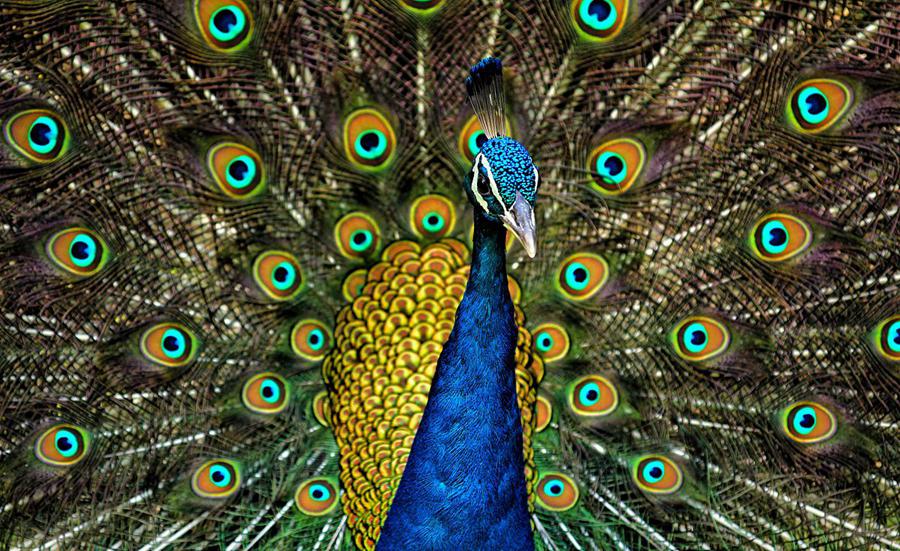 Once, these beautiful birds lived only in India and Sri Lanka, but the beauty of the peacock’s plumage fame passed many other countries borders.

And thanks to its splendid feathers, the peacock was introduced – as a semi captive bird – in almost all areas of the world, now populating parks and zoos in many regions. But this “domestication” began thousands of years ago; there is historical evidence that recall the peacocks that delighted the ancient Egyptians, the Romans or Greeks.

In general, trough the whole galiform family, males have a more impressive plumage than females. And this difference is even greater if peacocks: the female is brown (white) and with a short tail, and the male has a bright blue body, the tail is composed of nearly 150 long feathers, each with an iridescent “eye”. Also, the body size is different: the females have no more than 90-100 cm, and peacocks can exceed two meters – complete with tail.

Closely related to pheasants, peacocks contrast is more spectacular especially in the feathers of the latter. Most species of male peacocks have their body covered with blue flakes (like the common peacock, scientific name Pavo cristalus), but there are variants of green color peacocks (Pavo muticus), white, brown, bright and even purple peacocks. During mating, they want to impress the female peacock, its tail is spread like a fan and they shake it until it rustles. Late in autumn on temperate countries, the male sheds, losing most of his beautiful tail feathers that forms it. All that feature, the male has a sharp and distinct cry.

Peacocks are very strong birds, and caring, qualities that help them live 40 or even 50 years. In fact, they become mature after only two years old since the peacocks make fertile eggs in the nest (which can give chicks). In the wild laying for hatching usually begins in April, the female making one egg per day and making a total of between 7 and 10 eggs. If they are collected for hatchery Hatchability in a peacocks can be even 30 eggs (beige-brown, the size of the turkey). In freedom, the female makes its nest in tall weeds shelter surrounded by bushes and shrubs or to not be discovered easily by raccoons, ferrets, skunks, opossum and other mammals that eat eggs. The nest is a well “dug” into the ground with claws and “padded” with grass, quite vulnerable to attack foxes, coyotes or stray dogs.

Eggs can be incubated by female peacocks – for 28 days – even rates or chicken, this method being adopted by farmers who want to put out more peacock at the same time. Also, specialized farms artificially incubate the eggs in incubators.

Regarding food, exotic peacocks are not being absolutely unfussy, they eat corn, oats, sunflower seeds, grass (even dandelion!), Insects, etc… About the same “menu” that the birds from your backyard have Moreover: when some American breeders have tempted a more eccentric feeding process with food for dogs and cats, peacocks have eaten all with ease!

In India, the peacock is considered the national bird, and for hundreds of years it was thought that this countries (and neighboring areas of Pakistan, Ceylon, Jawa, Malaysia) were the unique region of origin for peacocks. However, very late, in 1936, an astonishing scientific discovery has been made: the Sankuru district in central African state of Congo, lives from a time that no one knows when the – Afropavo congensis. I mean, the Congo peacock – a bird of the same family as its Asian neighbor, but what could not be explained is how he got to live alone thousands of miles within the African continent. 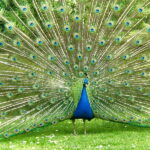 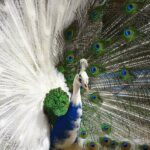 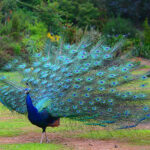 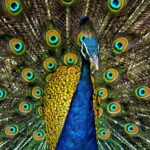