The Northern Cardinal is a bird that, contrary to the name it has comes from the south-east of America. 100 years ago there were found accidentally a few copies along the Mississippi River today specimens of this species are found both in the wild and in captivity. I purchased both a male and a female for their beautiful plumage and for their song. 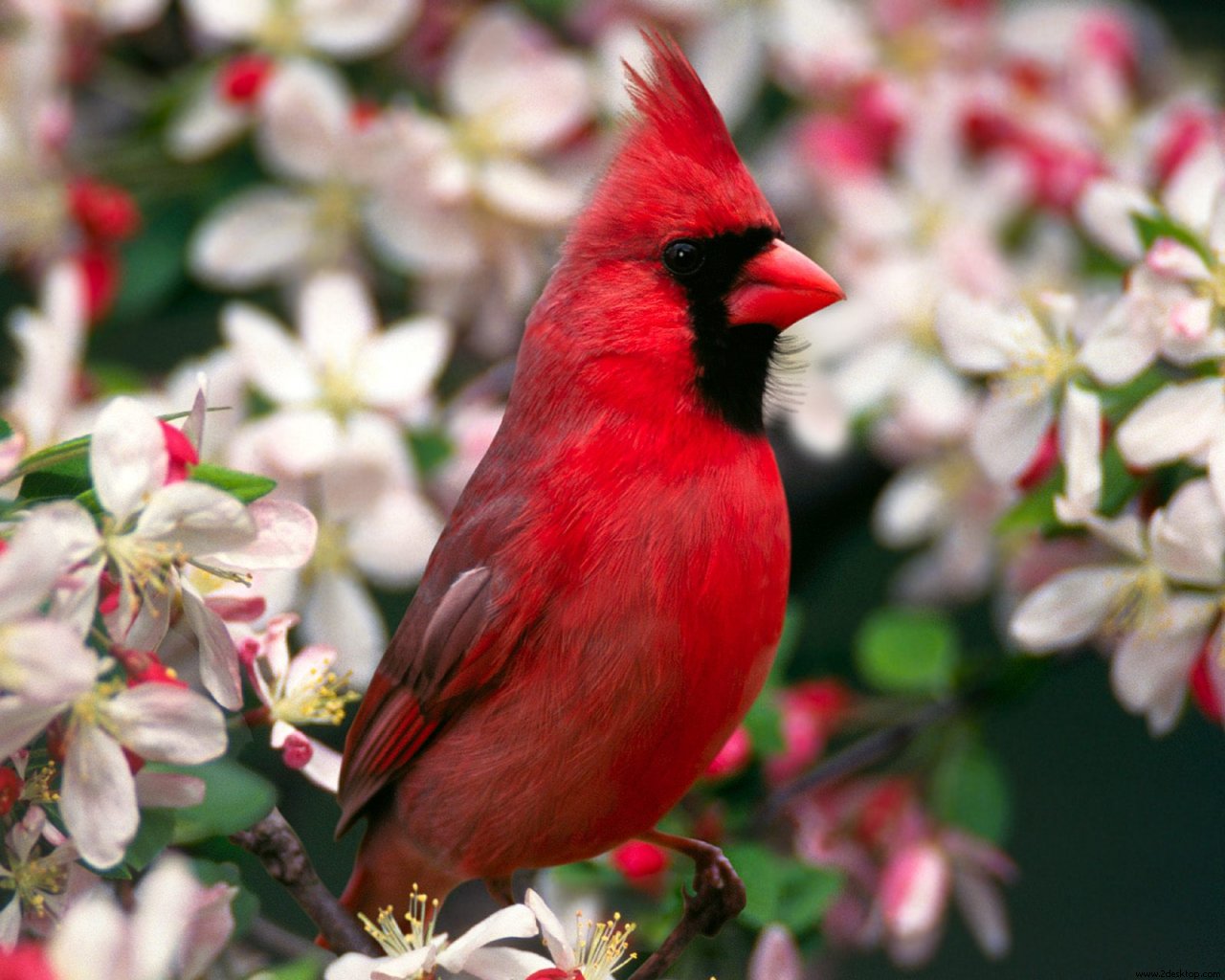 Being a medium-sized bird, 21-23 cm, the Northern Cardinal is a bird with large wings, bigger than the body when they are extended, large long tail, very powerful beak for its size and a big crested bird. The crest is a specific feature of a parrot, but the Northern Cardinal, has nothing to do with parrots. Although some birds are medium sized they do not weigh a lot, just about 42-50 grams.

In terms of color, males are almost entirely covered with fluff and bright red feathers. The back plumage is gray-brown, as if bleached. The beak is also red and surrounded by a black mask, also the same color that the eyes have also encountered on the chin and neck is the same black color. Legs and claws have a color that appears to be black-reddish.

The female is smaller than the male in size and the plumage she has is different in terms of color. On the back she is colored like the male in shades of brown and gray, but much lighter, and there are also red feathers arranged to meet on a red tail, same as on the crest and on the wings. The beak is red, but it is surrounded by a dark red color mask as opposed to the black mask that the male has so they do not differ very much from the point of view of the plumage.

Like the female all offspring’s, share and borrow at the same time the shades of brown that are darker. The plumage and a color of the cardinal changes in autumn, when their feathers will determine if the offspring is a female or male by the specific color they get as adults.

The Northern Cardinal can be met under other names, it is the same bird but named differently depending on the area of origin, so we have: the Cardinal Red and France and Spain Cardinal which are joined together.

These bird is omnivorous and it has an average life expectancy of around 15 years. 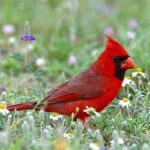 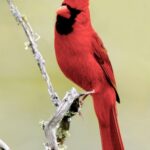 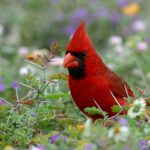 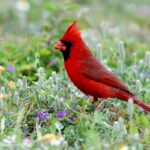 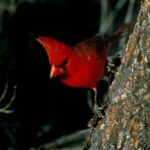 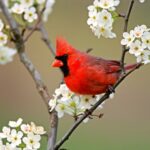 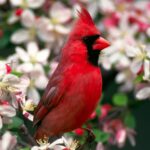