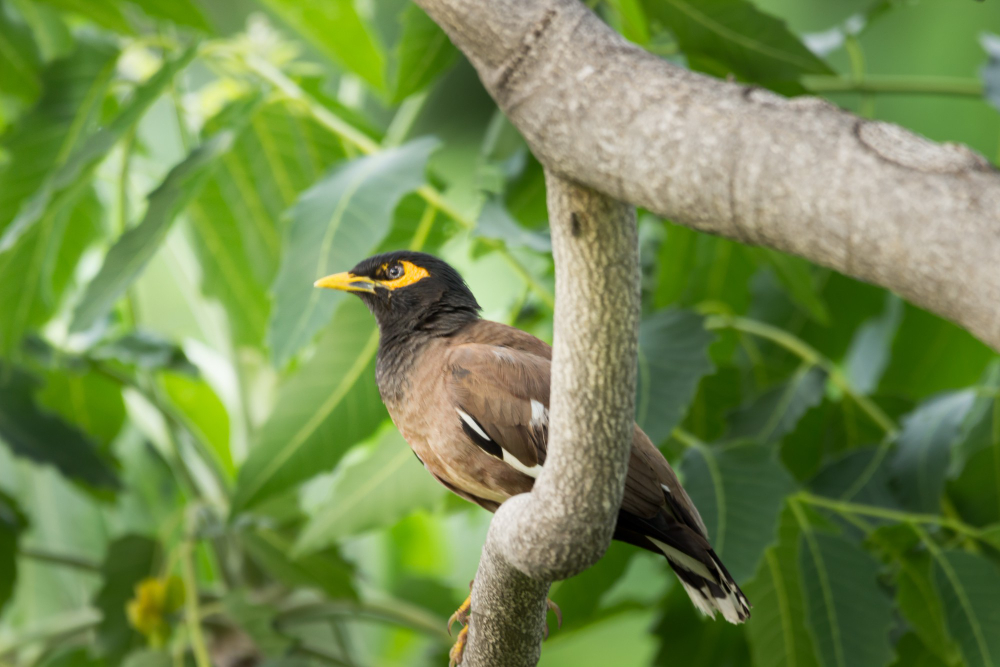 Being a subspecies of the starling family which is called sturndae a world that comes from the Latin, the Mynah word is used mainly for the Asian species which tend to be larger than their cousins in Europe.

These birds are considered invasive birds in some parts of the world where they have been brought to as North America New Zeeland and Australia since they compete for food and territory with the native bird population. The most common bird of these type is the Common mynah also known as the Indian myna that comes from Acridotheres tristis and is often spelled mynah.

The bird makes itself noticed by the brown color of its body that has white strips on the outer sides of the wings and tail and the yellow spot that lays at the back of his eyes, the mynah bird also has a bright yellow beak and legs. The size of the bird is about 23 cm. and it weights 110 – 140 grams.
Although the species Is originating from Asia it spread so much through the world that the IUCN Species Survival Commission declared it one of the only tree species of birds that is in the top 100 worst invading birds.

The fact that Mynah birds breed for life with the same partner is reflected by human culture especially Indian where these is mentioned in literature like in the Sanskrit under the name of saarika which was used to indicate a couple especially since the birds are also able to mimic the human voice.

The birds breed regardless of global positioning and nests were found at altitudes up to 3000 m in the Himalayas and can breed in a wide variety of temperatures but not less than 24 degrees Celsius even tow they can leave at temperatures of 0 degrees they still prefer wormer regions. The female lays up to 6 eggs which are incubated for approximately 17 days and then the chicks are cared for by the parents fro 22 – 24 days till their feathers grow not long before these they can take care of themselves.

Birds were taken into captivity where they were cared for as pets with success from as early as 1968 and they make great pets if taken as a couple and if they are properly cared for.

Although the birds were introduced in certain countries to control crop pests since they feed on small insects the bird proved to have a much more developed taste for fruits so they became pests themselves. 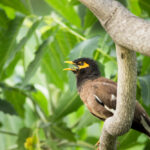 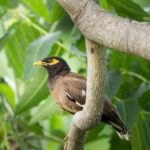 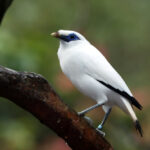 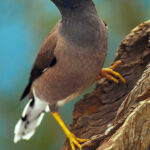