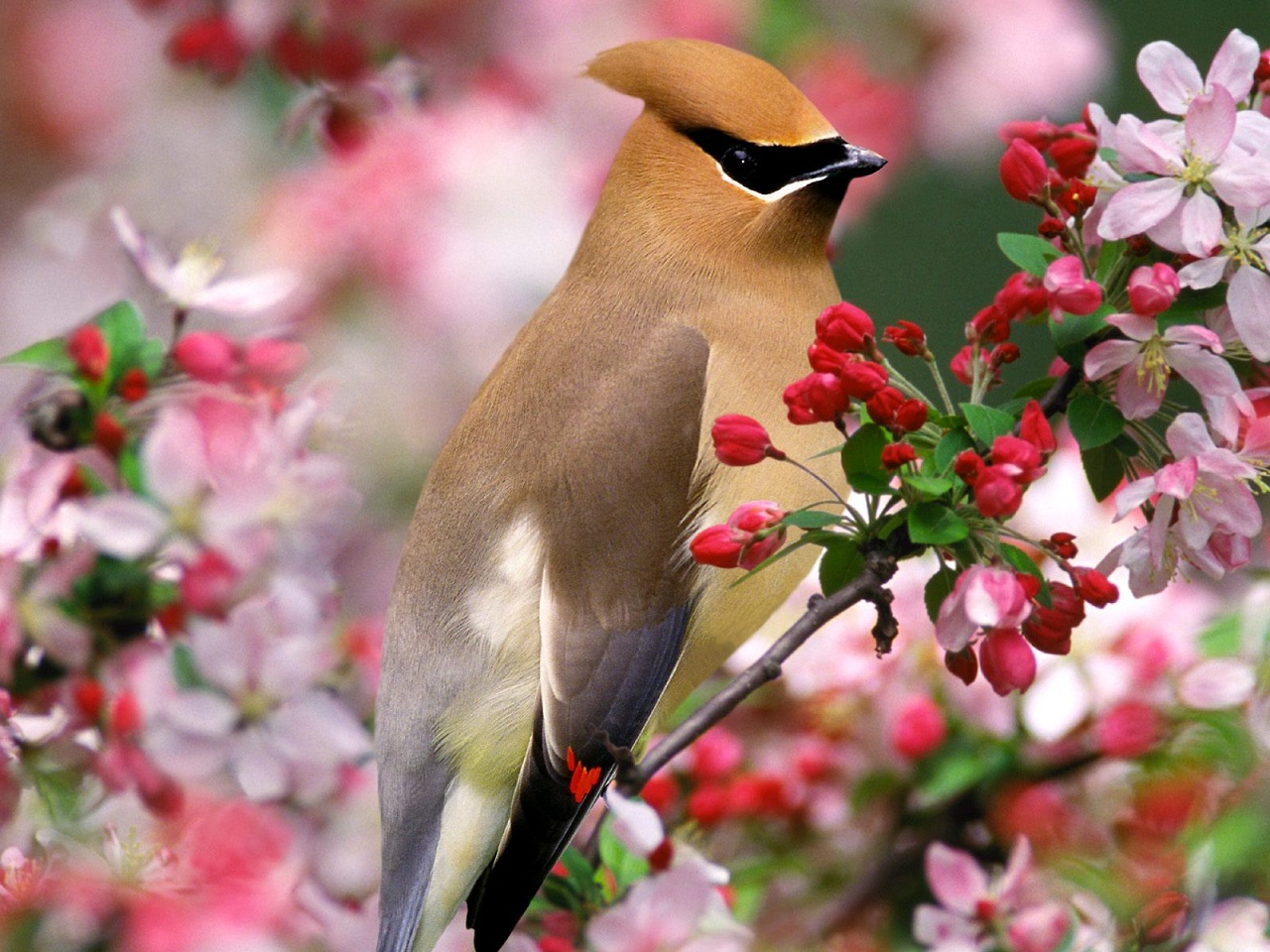 A rarely spotted member of the Bombycillidae family is the Cedar Waxwing scientifically called (Bombycilla cedrorum) which likes to breed in the northern parts of America or if you like on the southern parts of Canada. 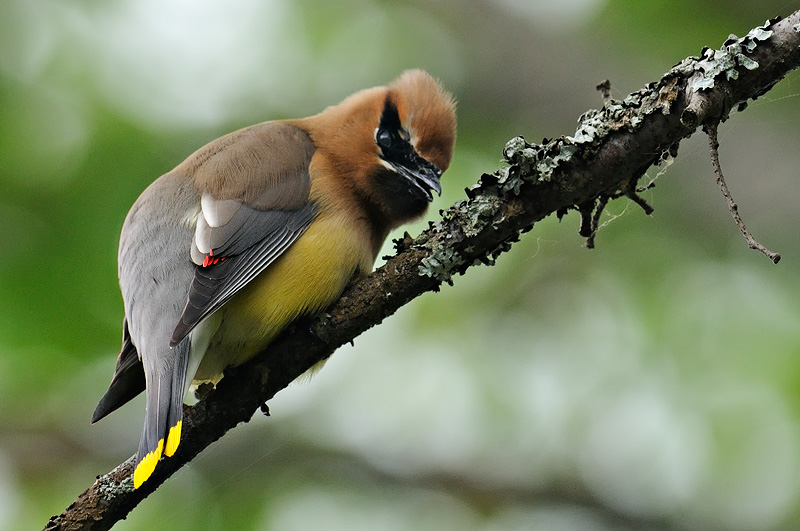 Color with their yellow or orange tail the Cedar Waxwing closely relates to the Bohemian Waxwing but these are different from the point of view of the color intensity specifically the brown color. Another color the two relatives share is the small cluster of feathers on their wings which reflects a bright red color. – This feature is not shared with their cousins from Japan the Japanese Waxwing. Depending on diet and age the color of some feathers of the Cedar Waxwing can change for example adult birds have a yellow belly and still evolving birds have streaks n their neck and sides and they don’t usually have the complete mask of the adults; while birds from Eurasia that fed mostly on berries have a darker orange tail tip.

During the breeding season the male courts the female and they will stay together and pass small objects back and forth, such as flower petals or an insect until they will sometimes rub their beaks together affectionately. Resembling the flight of the small and pale European Starlings, the flight of the Cedar Waxwing is strong and direct.

Nests are built by both parents above the ground usually at 2 to 6 meters and at times even higher. The diameter of the nest is 12 to 16 cm. and it is made out of soft materials grass, and some twigs. The female will lay 5 – 6 eggs which she will incubate for 12 – 16 days after which they hatch. The newly hatched Cedar Waxwing will be taken care of by their parents and after 14 to 18 days the new chicks will be ready to take life on their own.

If the berries supply is low the Cedar Waxwings will gather in great flocks and migrate to richer zones where they can find food in abundance. They also migrate during the winter depending on their living zone and they have been seen as far down as the north of South America.

Although they usually eat fruits and berries in the breeding season they prefer eating insects. The Cedar Waxwings are very emphatic towards others from the same species so if the only source of food is a branch of berries that can be accessed by only one bird at a time, and a entire flock is to be feed these will pass berries from beak to beak ensuring that each bird will get a chance at some food. 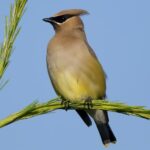 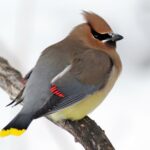 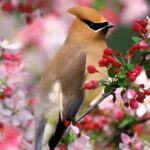 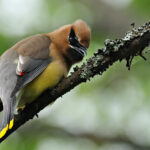