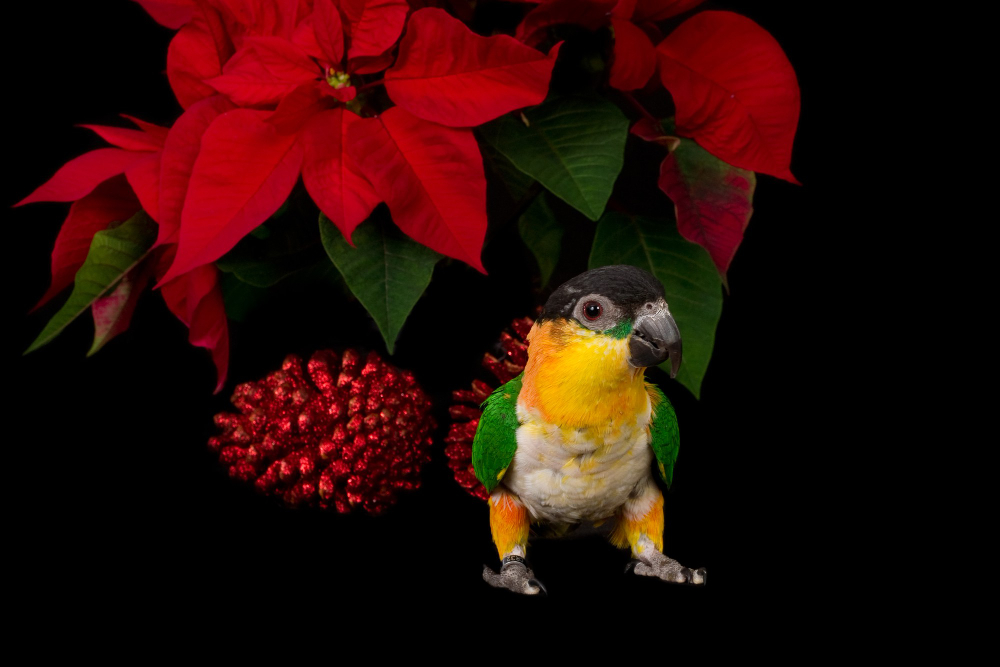 The caique parrot is part of the Psittacidae family, of the Pionites type.

This species of bird originates from Brazil, Colombia, Ecuador and is also encountered in the wild in the French Guiana, Guyana, Peru, Suriname and
Venezuela.

The body of the caique parrot is slender and elegant. They have a small yet strong black, arched beak, their eyes are quite big and they are surrounded by a circle of white fluff; although they are not to big they have short stiff and powerful claws, their short tail gives them stability in flight and allows them to take short fast turns, and since they have a beautiful and colorful plumage bird lovers around the world love them.

Their relatively small size is of around 23cm, and is proportionally reversed to their beauty which will never be able to be matched by their weight of only 130-170g.

The life expectancy of caique parrots is normal, for a bird living in the wild these is estimated at around 20-30 years while birds living in captivity can live a bit bore if they are cared for with love and passion some specimens lived in captivity for as long as 45 years.

Although their species is not one that can imitate the human language at the highest standard the caique parrot makes up for it with his playful personality which makes his owner very happy. They become very tied to their master, just as their master becomes very tied to them since they are quite intelligent and at times their cat like curiosity paces them in very comic situations.

In order to determine the sex of your parrots you will either have to do a very invasive surgical procedure on your birds which we don’t recommend or you can do a DNA test which is easier to do and less stressful for your caique.

These breed of parrots is known to be able to reproduce in captivity the female caique lays up to 4 eggs that will be incubated for 25 days time in which she will be fed by the male during the brooding process. The newborns will be ready to leave the nest 14 after they are born. 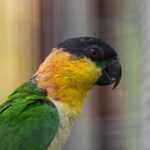 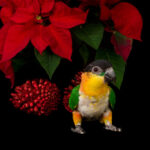 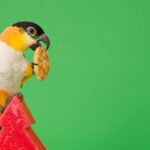 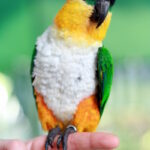