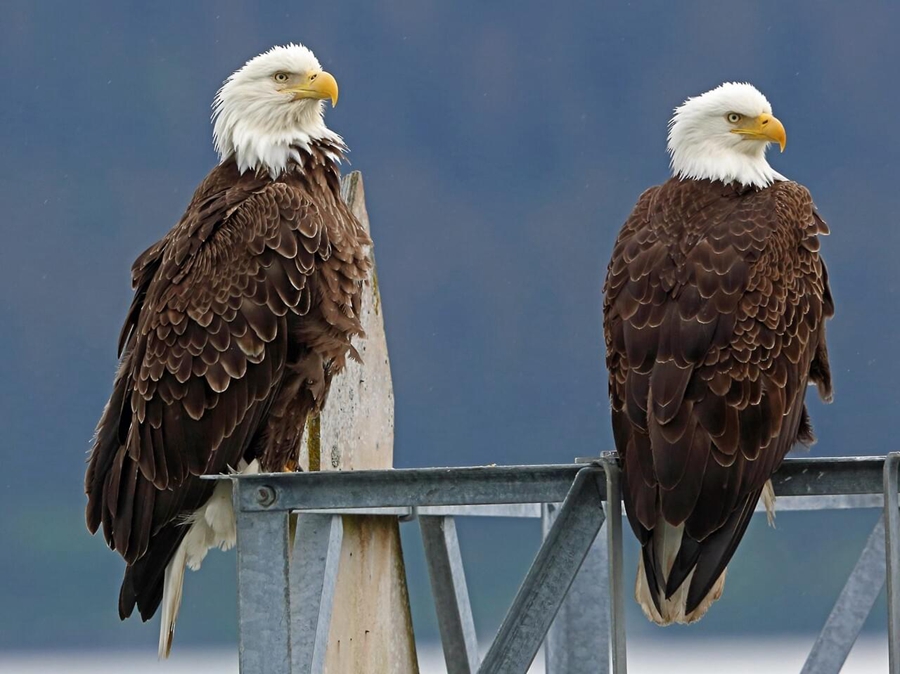 The eagle is the largest flying bird in the world. Ad although it is a symbol of power, for both the American emblem, and the Philippines one, this beautiful specimen was an endangered winged, bird protected by law on both American continents till recently.

It can rarely be seen by the naked eye as eagles make their nests on steep cliffs on the oceanfront or in the mountains at high altitudes. There are, however, a few that live near forests.

The bald eagle has dark brown feathers, except the neck, head and tail which are white. It lives only on the American continent, from North Alaska and Canada to the Southern America, near the border with Mexico. Very good racers and good swimmers, bald eagles feed mainly with fish and small mammals (baby deer, rabbits and even monkeys), or remains of dead animals. The bald eagle nests are very large and strong, and they can be built on top of trees, the females deposit annually in early April two or three eggs. Because they are birds of “family” (eagles choose their mate for life), the nest is rebuilt every year, both parents always adding twigs, leaves and stick to harden the nest.

Thus, during the entire life of a pair of eagles (which can be up to 30-35 years), a nest “recovered” from year to year may reach 2 meters in diameter and weights of just about 450 kilograms. Imagine that even a basketball player could sleep easily in there!

The Eagles have three times better sight than man, so they can spot prey even from two miles away in the sky. They can fly 300 miles without stopping, with speeds that reach 180 kilometers per hour (almost as a Formula 1 car) when descending almost vertically to grab fish from the water. The eagle beak and claws are very strong, and they increase continuously throughout their life. Moreover, because of these powerful claws, the eagle can carry in flight prey which can sometimes weigh even more than half of his weight.

An interesting thing is the “migration” of more and more pairs of eagles to forested areas, replacing food such as fish from northern lakes with dead animals. The reason, say some researchers, it would be a curious thing since massive cutting of forests were made. The explanation could be that in deforested areas where roads were built the number of accidents increased more and more, because of the number of cars in the area and, unfortunately, many deer or other animals were killed. This new “food” has attracted more and more eagles. However, from the time when their number decreased considerably, from several hundred thousands that they once were there are now only 75,000 copies in the wild but the number started rising again. 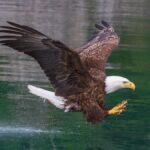 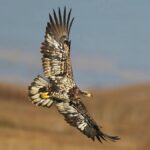 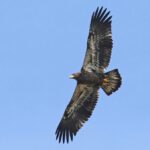 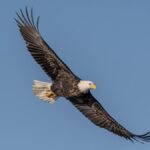 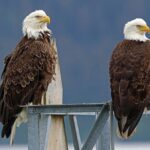 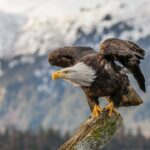