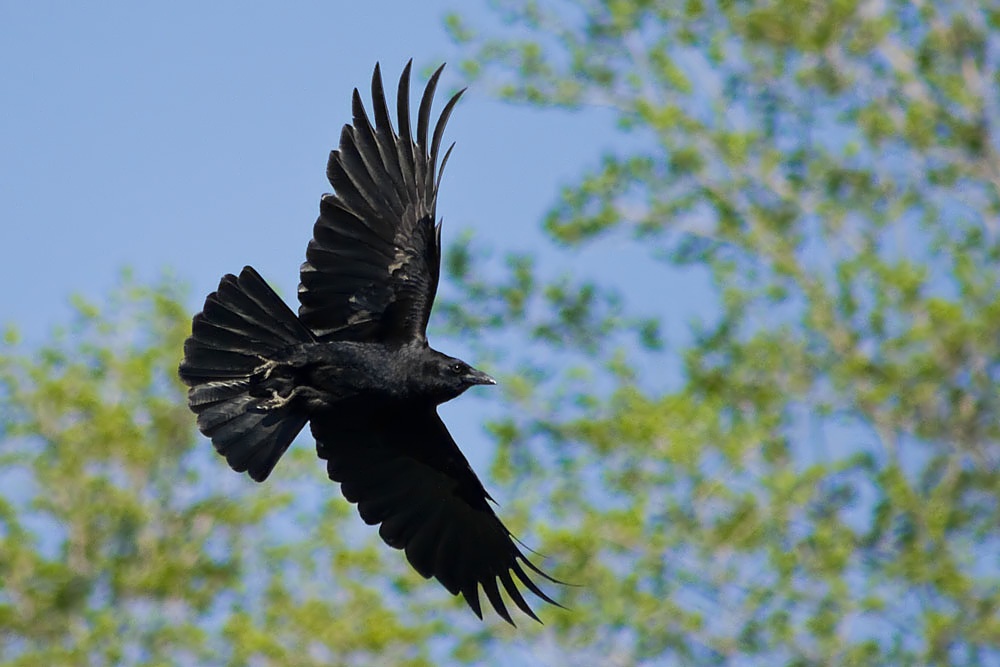 A large bird species the American Crow scientifically called (Corvus brachyrhynchos) is part of the Corvidae family. It is more or less the only bird in the South of the Artic in North America and inhabitants of this regions simply call it “the crow”.

From the Corvid family we can recall different types of birds like the following species: the Fish Crow (C. ossifragus), the Common Raven (C. corax)

Being adaptable they become widespread and since the American Crows are highly susceptible to the West Nile Virus they are now monitored as a bio indicator. Although they can carry the virus up to date there has not been any report of direct transmission of the virus from an American Crow to a human so it’s not considered likely. The difference between the American crow and the Hooded which can be found in Eurasia doesn’t lie in their structure size, or behavior, but in the fact that their calls are different so in the end they both fulfill the same role.

Length 40–50 cm (16–20 in) of which the tail represents about 40%.
Wingspan 27–34 cm (11–14 in) each wing.
Beak length approximately 5 cm (2 in).
Weight The male tends to be larger then the female
Color the color of the entire bird is an iridescent black except the beak and legs which are a mat black.
You can recognize them simply by hearing them since they have an unusually loud scream that goes something like craw-craw-craw which is quickly repeated a few times in a row, however if you listen to them for long enough you will realize that they can reproduce noises they hear like the sounds of different types of birds.

You can meet an American Crow starting from the Pacific Ocean to the Atlantic Ocean in Canada they like to gather in large flocks especially at night during their breeding season.

During the year the American Crow will feed on any type of food like scraps of human food, seeds, stranded fish on the shore or various grains but they enjoy the most acorns and nuts so they are considered omnivores. The American Crow is the only specie of bird that uses tools to obtain food.

When it comes to breeding the American Crows are yet another example of birds that mate for life and of good parents since they live a monogamous life and they give birth to large families of birds up to 15 individuals from several breeding seasons remain together for many years. The sexual maturity of an American Crow is only reached after two years usually the time that chicks stay with their parents, and even tow they can leave and form new families of their own most of them decide to spend four to five years with their parents. 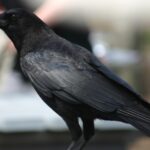 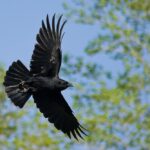 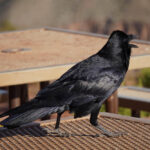 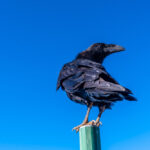